January sort of flew by without much fanfare. It’s normally a busy month and this January was no exception. However, on top of being busy, I was also dealing with an increasingly worse cough. Since November, it has been getting worse and worse. I’ve had it since November 2016. For anyone who has had a cold with a bad cough, you know how the aches and pains increase throughout your sickness. Now imagine that over a year and a few months. My ribs are aching every day. My throat is constantly scratchy. I’m exhausted.

Luckily, I now have a new respirologist who is going to work with me to figure out how to get it under control. Since seeing him for the first time last Thursday, I have seen a bit of improvement! It was such a relief finally having a doctor on my side to fix this cough. My previous respirologist spent the year telling me I must not be taking my meds correctly and blaming me for the issues. She failed to order tests and, when I had pneumonia at the beginning of last year, missed that diagnosis entirely. When my current respirologist said to me that he’d figure out how to manage my symptoms and make it easier for me to breathe, I basically cried in his office. Imagine: breathing! What an amazing thing that would be.

Other than spending a lot of time forcibly resting due to the cough, I got through my pile of mending. At the beginning of the year, I went through all my clothes and packed up a bunch for donation. There were a few items I set aside to be fixed to make them wearable again.

I made these two Concord tops ages ago when the Concord T was just released. 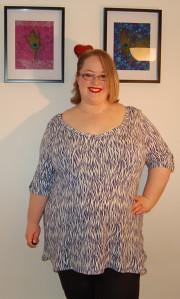 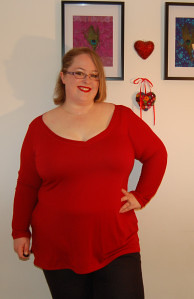 My shape has changed a bit since then, especially in my arms and the shoulders kept slipping on both tops. The other issue with the tops was the fabric. On the red one, the sleeves have become too tight and don’t have as much stretch causing the shoulders to fall down. On the blue and white one, the fabric has poor recovery and the neckline became stretched out by the end of the day. As a result, I haven’t worn either top in a while. My solution with my Turner dress last year was to put a cowl on it and I decided to go that way for these two tops as well. 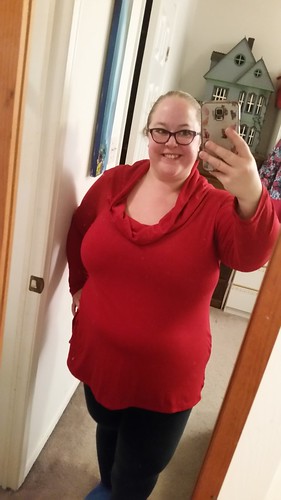 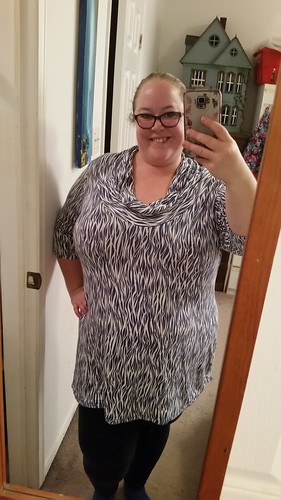 I love a cowl neck top! I happened to have the exact right of leftover material for both tops in my scraps bin. Lucky lucky! Both cowls are just tubes of fabric sewn on the neckline. I’ve worn both tops a bunch since fixing them and am really happy I did that instead of throw them in a donation bin. 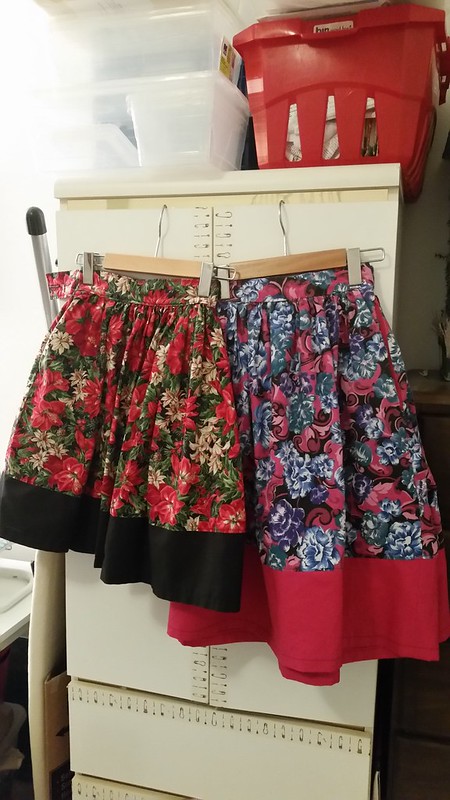 These two skirts had a poor choice for fabric on the hem bands. The fabric was some sort of blend that I picked up at the thrift store. It started breaking down faster than the quilting cotton I used for the skirt. Instead of tossing the skirts out, I took the hems off and replaced them with quilting cotton. Now they are back in my wardrobe rotation and look great.

I also patched up several pairs of leggings, but I didn’t bother with a picture for those. And I replaced buttons on a cardigan. I wasn’t a fan of the buttons I originally used on it.

The final thing I did was take an eShakti dress and turn it into a skirt. The bodice on the dress did not fit well and I always covered it up with a sweater. 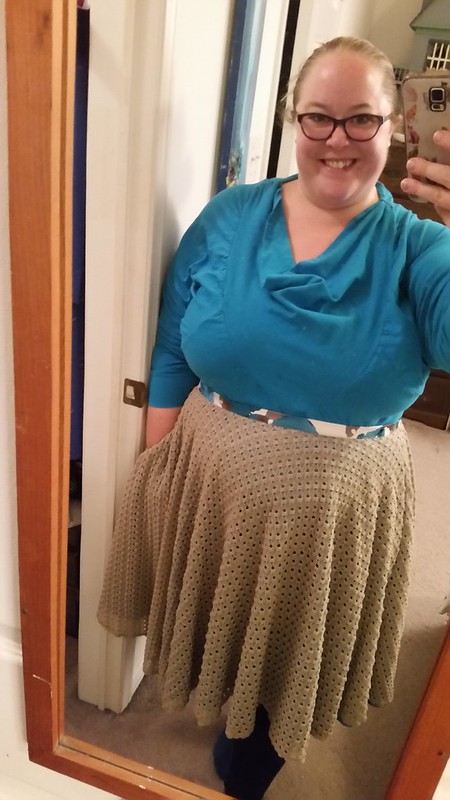 I figured why do that when I could just make it into a skirt. It’s difficult to see in the picture, but the skirt is underlined with turquoise lining that peaks through the lace overlay. I had a turquoise, white and grey floral print in my scrap bin that matched the colours perfectly and I used that for a thin waistband. Now I can wear it with confidence. The dress originally had pockets so I kept them, of course!

I also busted some more scraps by making a quick envelope pillow case for a throw pillow. 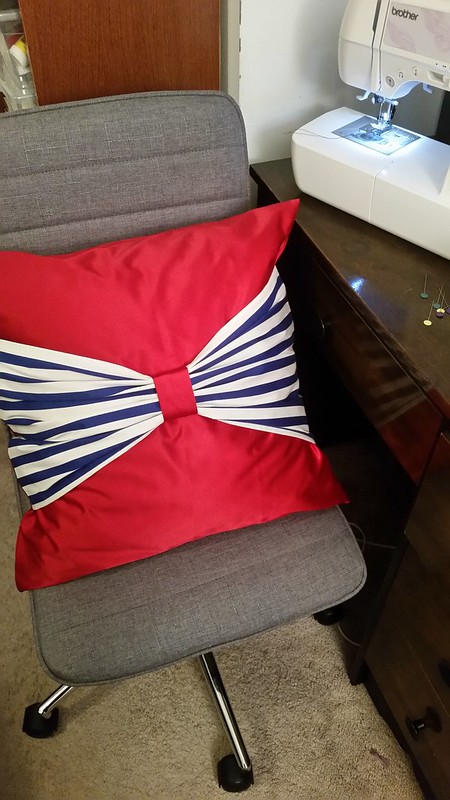 I love the bow on the front and the use of the striped fabric. It has a nautical feel to it.

Speaking of stripes, get ready for the Sewcialists #sewstripes month for February. I have a project to share soon for that.

I have only 2 UFOs to tackle (both are half done), but I am glad to get my mending pile done and out of the way. New year, fresh start. 🙂 Now my to-do list is ridiculously long so February will be pretty busy.