Today I am sharing two garments I made back in March… One of the items was waiting on a repair before I could take pictures. I’ll talk about that a bit later.

Both garments are made using the Cashemerette Cedar Dolman as the starting pattern. I really love this pattern for its versatility. It’s a great pattern to “hack.”

First up is a dress version. For this version, I actually used the Cedar Dolman I made as a pattern tester. I added a neckband and sleeve bands. Knowing that I was going for a loose fit, I didn’t want to cut the length of the Dolman too much. In the tester version, I made the tie version so I cut the tester off just above the tie. It’s probably about 4 inches off the bottom. For the skirt, I just added two panels that were the width of the back and the front.

I added pockets to the side seams and sewed the tops of them into the skirt waist. The skirt waist is sewn to the bodice and then about an inch and a quarter below that, you sew again. Then you press that extra up and sew a line of stitching to secure it and then feed the elastic in through that. It’s the same method used for the Colette Myrtle waistband in this tutorial.

This is the kind of dress that you just throw on after work or on the weekend. It’s comfortable and easy to make as well! I made it using a bamboo jersey in mauve that I got from a friend. I really really love this fabric. It wears well and is durable.

Up next is the garment I had to repair. 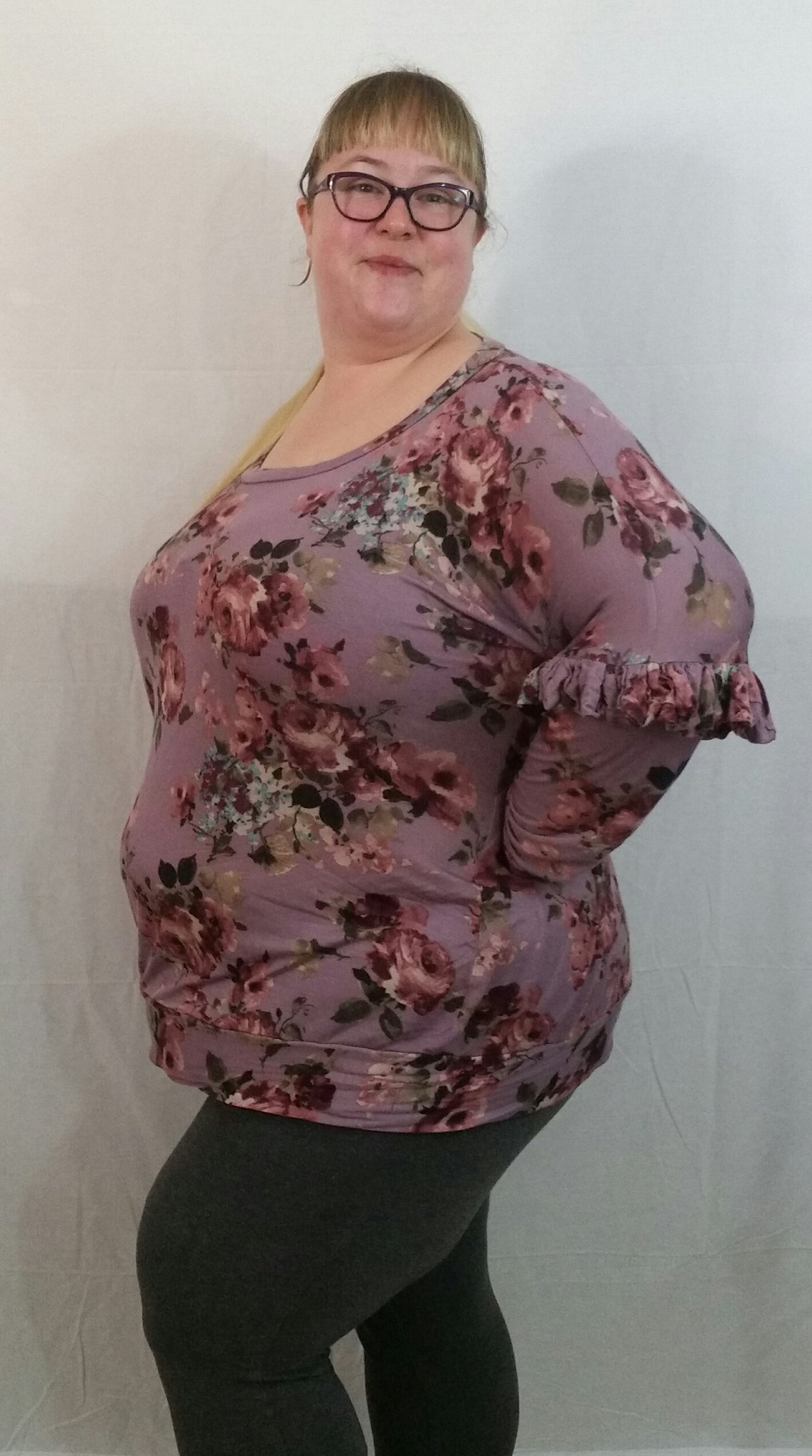 This Cedar Dolman hack is exactly like my striped one, but this time with ruffles on the sleeves! I simply cut two strips of fabric, folded them in half lengthwise and then gathered them and sewed them into the seams while I sewed up the side seams. I made sure to have the ruffles fall down towards the sleeve hem. 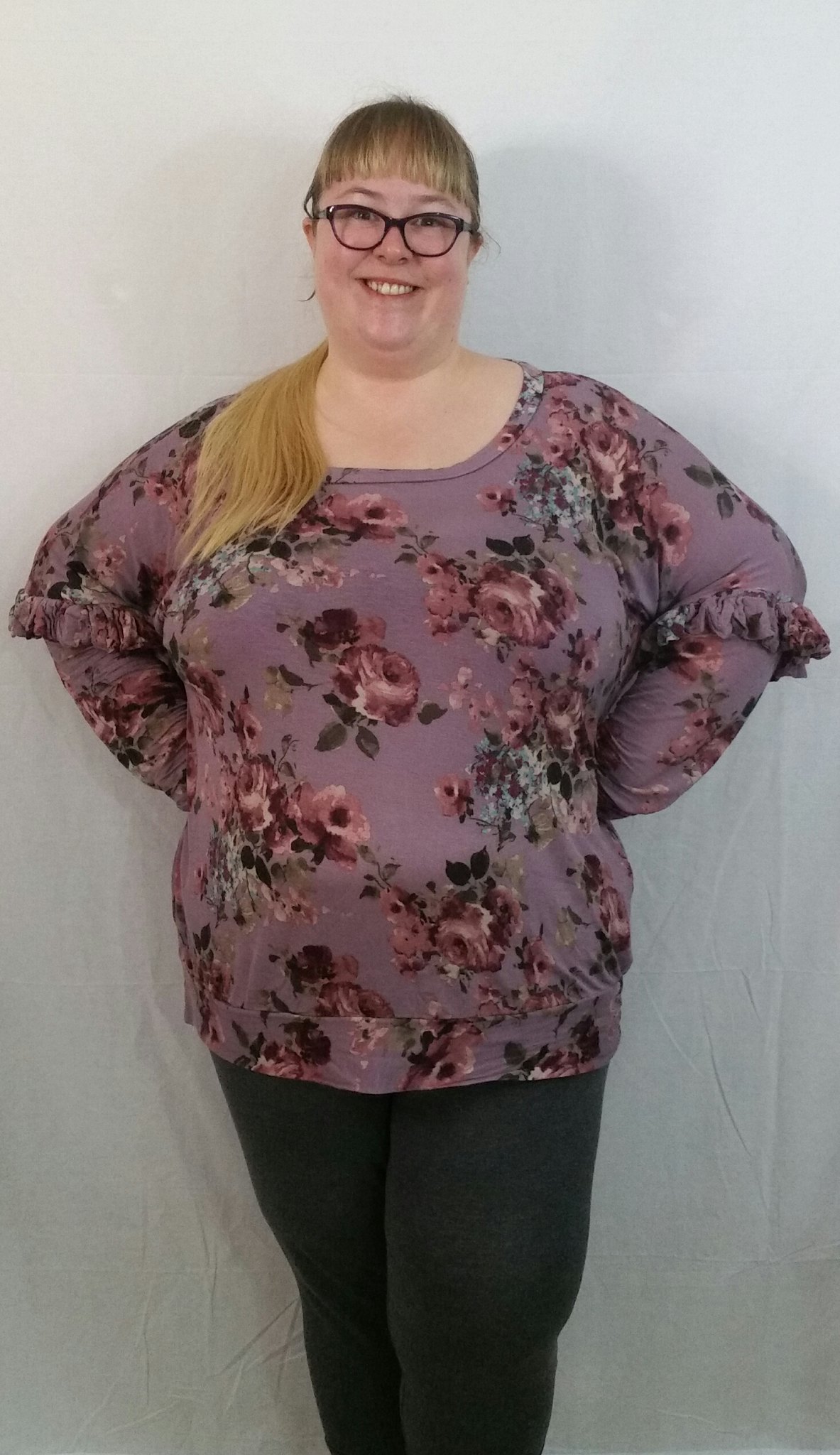 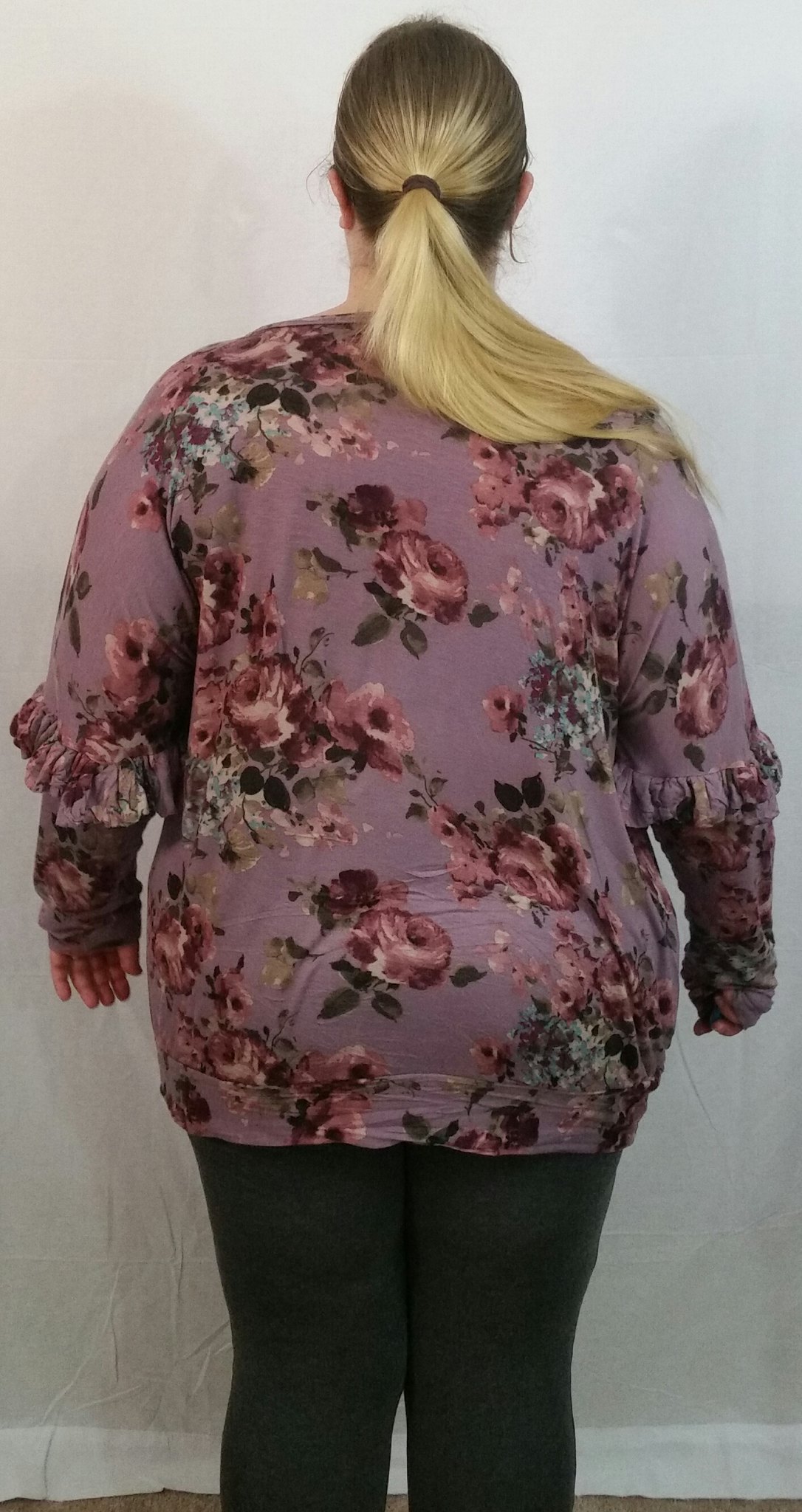 I wore this once and then washed it and a few holes appeared in the fabric. Luckily, they aren’t super noticeable after I sewed them up; they are on the front but closer to my armpit. It’s a rayon spandex from Water Tower Textiles. After two washes (pre-wash and then washed once after it was constructed), the holes appeared. I’m really disappointed. The cut was from the end of the roll and I am hoping it was just a fluke since they were transparent about a flaw on a different part of the pieces. I’m probably not going to contact them since they told me there were flaws on the end piece and I got extra fabric as a result of that. I thought I had cut around them all, but didn’t catch these small holes that then became bigger in a wash. It’s sad but not the end of the world. 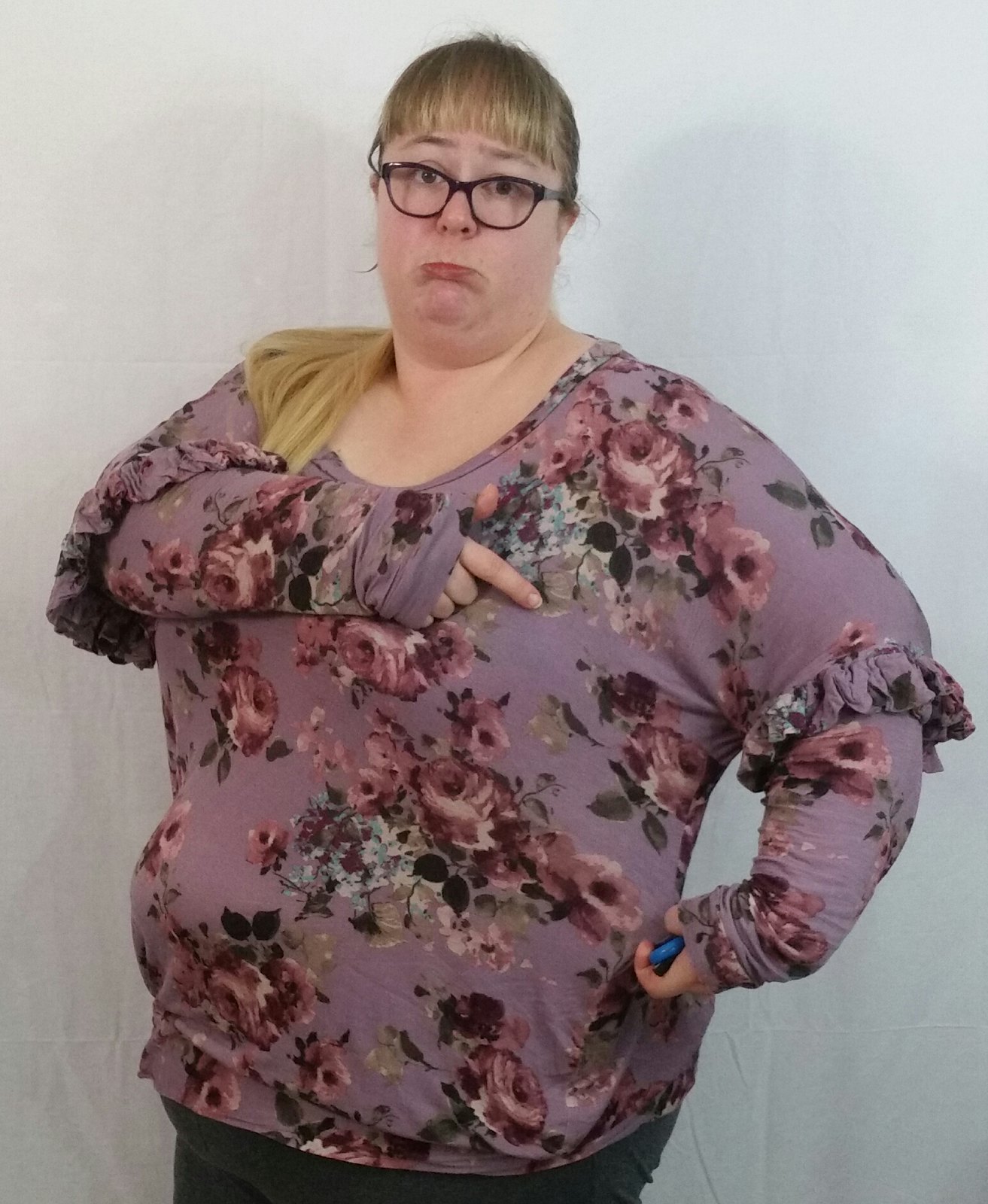 The top will be an at home top because of the holes. It’s super comfortable and I love those ruffles. They do weigh the sleeves down, though, and make the ruffles under the elbow instead of above. I think I would just use one layer of fabric next time and serge or baby hem the edge to reduce the weight and the bulk since it was also difficult to serge over all those layers. I have some lightweight hunter green jersey that might become another one of these soon because I really love it. 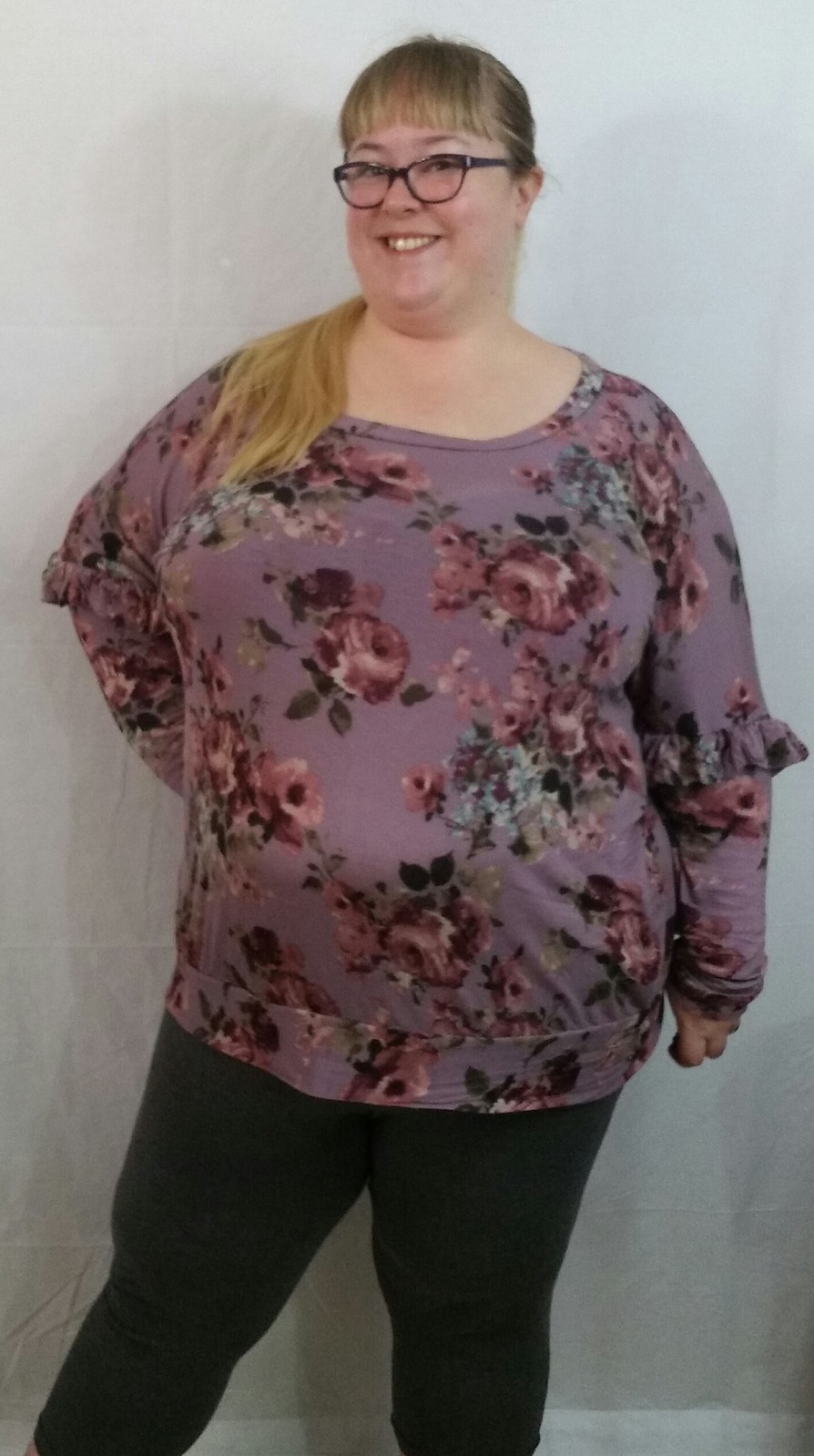 I plan on trying the top out in a woven next possibly with some colour blocking fun.