Recently, I made two pieces for two different costumes. I will eventually share those costumes with you, but I decided to share the two pieces together. 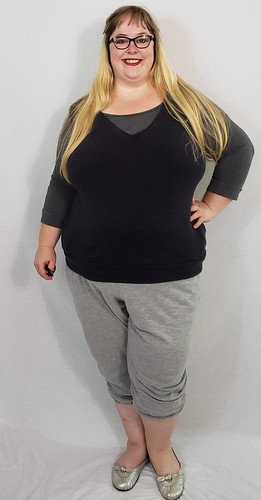 It looks a bit like an outfit worn by a member of the Newsies cast. I just need suspenders and a pageboy hat. 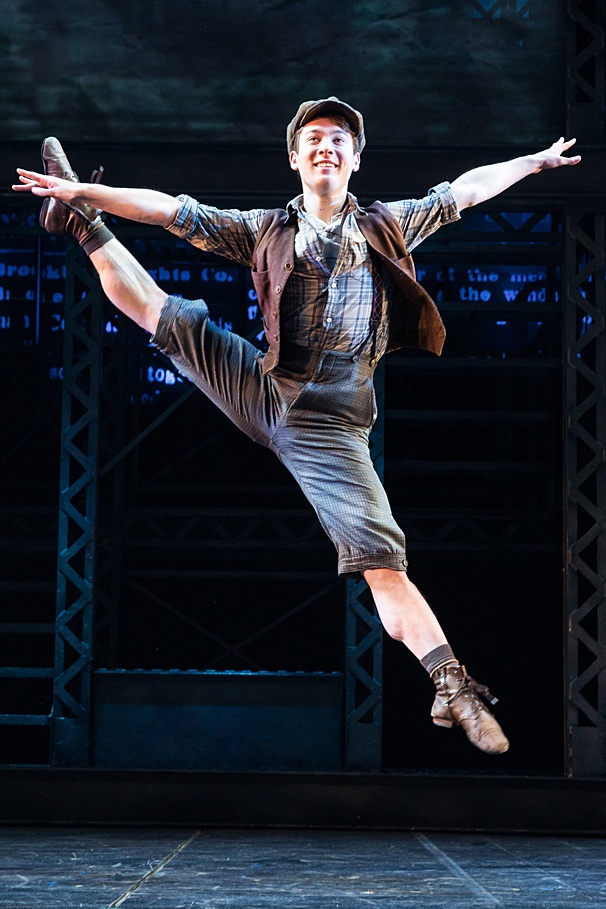 Now if only I could jump that high and do the splits without dislocating my hip! hahah! 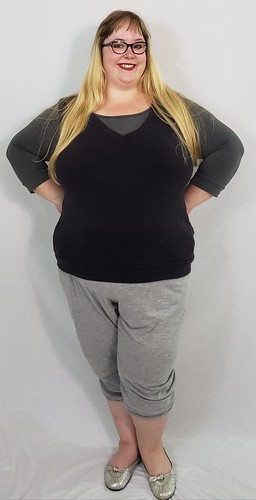 I made the vest using the Cashmerette Concord t-shirt pattern with the v-neck. I used a hacci knit in a dark grey/brown colour and put bands on the armholes and the bottom hem. It was a quick garment to make up and it took me about 30 minutes once I factored out serger issues.

The capri sweatpants are made using the Blank Slate Patterns Forsythe trousers and using a jersey sheet from the thrift store. I put elastic in bands on the hems of both legs.

I know I made this capri sweatpants for a costume piece, but they are super duper comfortable and I throw them on so often that I need to make another pair so I don’t wear out this pair since I need it as a costume piece going forward. The only thing I would change (and you can’t tell in these pictures) is to switch out the slash pockets for side seam pockets since jersey fabric tends to droop a bit more and the pockets don’t look that good.

I also got an old UFO finished. I haven’t actually made the Cashmerette Harrison pattern in the final  version. I tested it, though. 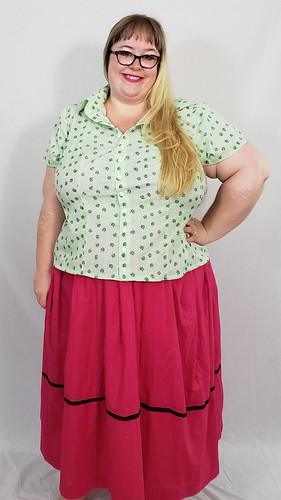 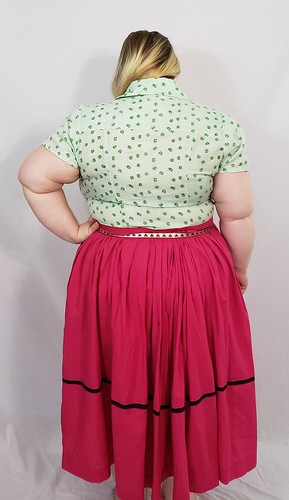 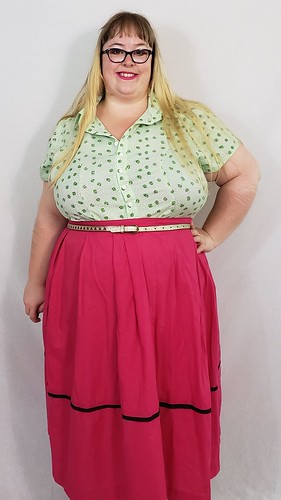 What you can’t see is how incredibly uncomfortable I am in this top. That’s not really a pattern issue, but a few different issues. 1) The fabric I used is actually a poly cotton. I bought it thinking it was cotton and being told it was cotton to wash it and go….uh this is poly cotton. Disappointing. Too bad you can’t do burn tests in stores to prove store keepers wrong. Anyway, it’s been a while since I bought it and it was only 5 bucks for like 4 yards so I am not going to complain. But I hate it. I originally made this with the longer sleeves and then needed to chop off the sleeves to see if that would help. It did a bit…. but not really. 2) OMG my sewing is wonky on this…. I didn’t have consistent seam allowances for it at all. 3) I just don’t have symmetrical shoulders at all (thanks EDS!). The button band just does this super weird thing in the centre because one breast is higher than the other and it’s throwing those double princess seams in weird directions. It’s not really an issue when it’s only one princess seam per side or when it’s a darted bodice, but on this style… it just doesn’t work for me. 4) I am bigger than when I cut it out so it doesn’t fit well at all…. booooo.

I will be putting this in the donation bin, but I wanted to share it. It’s a good pattern but just doesn’t work for me and that is okay!

I am definitely thinking about making a pageboy hat….

6 thoughts on “Pageboy Outfit Plus a Cashmerette Harrison”